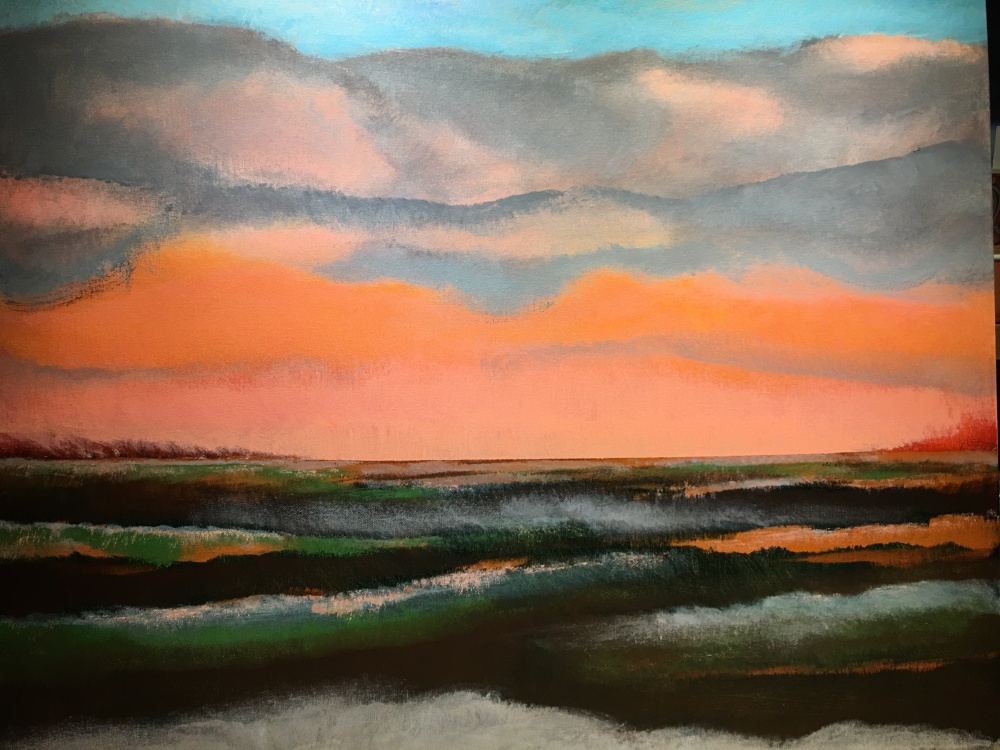 SENGE participated in the ART! UP THERE! #1  spring art show & sale on the Mother’s Day Weekend in Port McNeill …here is his very cheerful partner Sue Bell in from too their art display

At the age of 16 Senge was awarded a scholarship to attend the Art Students League of New York. He studied painting with Charles Alston, Theodoros Stamos and Stephen Green and sculpture with Jose De Creeft. He remained there for approximately four years at which time he began to travel extensively. He immigrated to Canada in 1965 where he met his meditation teacher Namgyal Rinpoche and began an in-depth exploration of Buddhism and the Western Mysteries.

His travels around the world and these studies have led to his most recent series of paintings titled: Landscapes of the Mind.

Senge resides in Alert Bay where he engages in his craft.

he can be contacted at sonam_senge@hotmail.com